I am a fiber artist living in Budapest, Hungary. I was trained as a mathematician, earned PhD in mathematical statistics and worked in the field as a researcher for nearly twenty years. Having been familiar with machine sewing from my early teen ages I started quilting in the mid ’90ties in a self taught way with the immediate desire to create collaged art quilts. My efforts have been recognized with several prizes in national and international juried shows. I have been a full time studio artist since 1999.

Recently my interest has turned towards making large scale transparent works. In the last eight years I have been creating wall-hangings, installations, and objects mainly from the ubiquitous material of waste newspaper and cloth. The choice of material plays a central role in the work as it provides further visual experiences by their ephemeral character. It is fragile and sleazy; its content is obsolete sometimes at the hour of appearance, while bearing fragments of important details from the near history.

I draw inspiration from the graphical appearance of urban maps, old or new, real or imaginary.  I consider a city’s street network like its skeleton—a foundation for features that bring people together or fling communities apart, an imprint of times how the society uses or abuses it’s place of living.

My works have been widely exhibited in juried and solo shows in Europe, America, Australia, China and Japan. 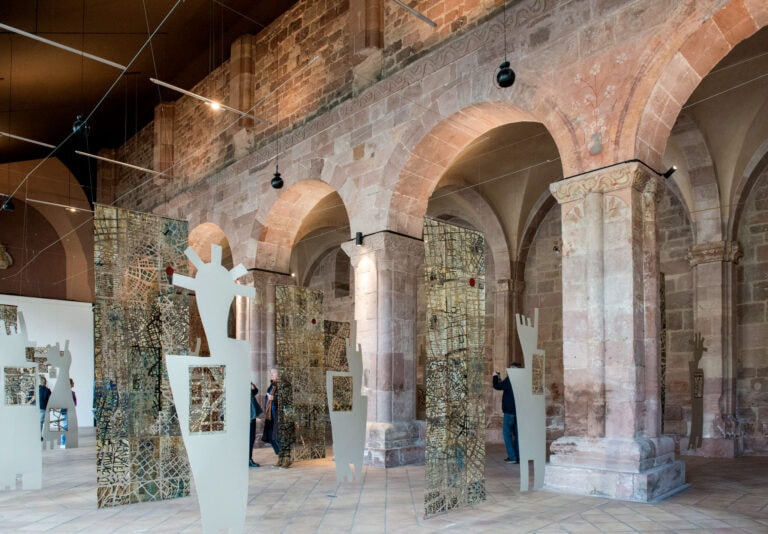 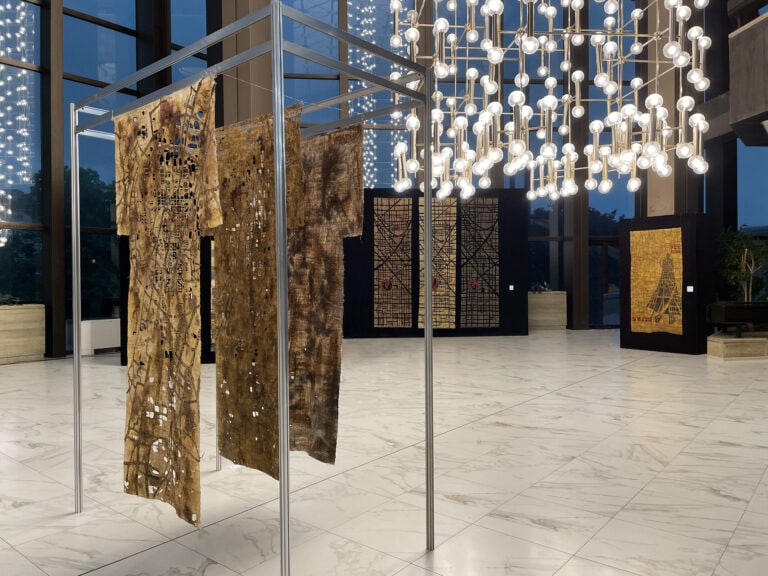 Exhibition in National Palace of Culture, 2022 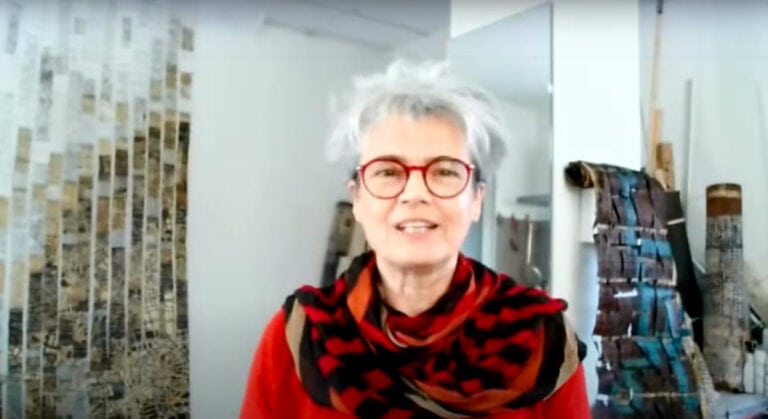